To have the best success with fermentation you want gases to escape and you don’t want oxygen coming in. To solve this problem “on the cheap” without investing $100+ on equipment the answer is using a simple mason jar.

I find the lids that come with the mason jars are too difficult to make a clean hole unless you have a high speed drill press (which I do, but that’s besides the point :D)

During the fermentation, CO2 is released, filling the non-liquid part of the jar and putting pressure on the water in the airlock. Assuming the water in the airlock moves and occasionally bubbles, it means that there is a positive pressure situation inside the jar which means that air (CO2) is being released out of the jar while nothing is getting in. If the lid wasn’t sealed well enough, the airlock would never bubble because the built up pressure would be released through the lid.

If you’re making wine or beer then yes you let it go until there are no fermentable sugars left but for kombucha, kefir, etc you always stop the fermentation early.

That said, that’s how we do things, if an air tight seal is important to you, then definitely spend the couple of cents to get a gasket.

Basically if you aren’t doing really long ferments you don’t need a gasket. An example of a long ferment would be making wine or beer. Making lacto-fermented foods won’t be an issue.

What about Formaldehyde?
Many questions have been asked about the existence of formaldehyde in Acetal Copolymer. While it is true formaldehyde is present in trace amounts, research proves it is only released at very high temperatures, well above any temperatures found in home food canning. Here are the facts.

Heating our brand of acetal copolymer above 460 degrees F (238 C) should be avoided. (source)

The important take away is that even if you think it releases at a lower temperature than 460 degrees F it is indisputable that the process involves heat. Laco-fermentation does not involve cooking or heating the food. This is a mute point.

I first learned about this method on Northwest Edible Life 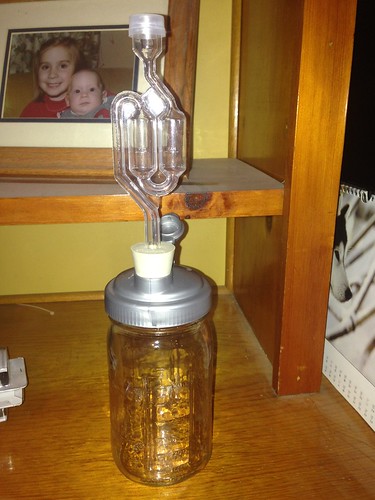 Expensive lid
No Gasket means it is not truly air tight. 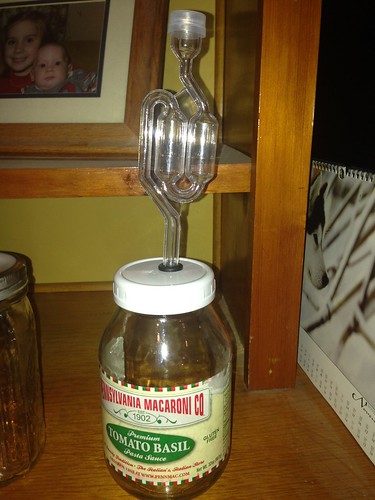 Screw the lid onto a mason jar for stability.
Drill a 1/8″ pilot hole in the lid
Drill a 1/2″ hole through the lid

These lids are flimsy.

Let the tool do the work! Do not press down on the lid when drilling the hole or it will most likely crack the lid. Ask me how I know.

Take a sharp knife and clean up the hole. I pressed a thin blade hunting knife in front of the hole and slowly dragged it across the hole to remove the lip the resulted from drilling.

Pros: Cheap lids, I could get all the materials without placing an order online

Cons: Lid is flimsy and you may crack a few making your lids. The lid does not have a gasket so it’s not truly air tight. 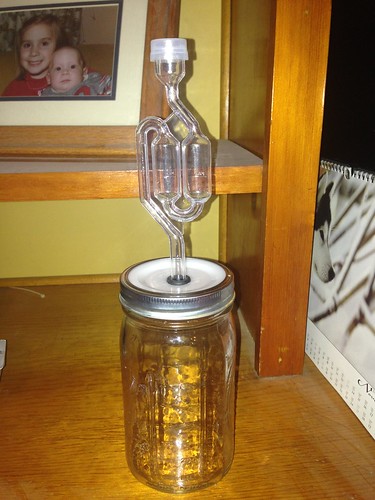 Steps and instructions are the same as for the previous one except you will need standard ball bands and some Tattler reusable canning lids.
This setup is the same as the “Pickle Pro” which sells for about $15 PER LID (ouch!)